Task
Your task is to research and understand the purpose and parts of a debate, and what makes a good argument.  You will demonstrate an understanding of debate by preparing an argument either for or against one of the following topics: 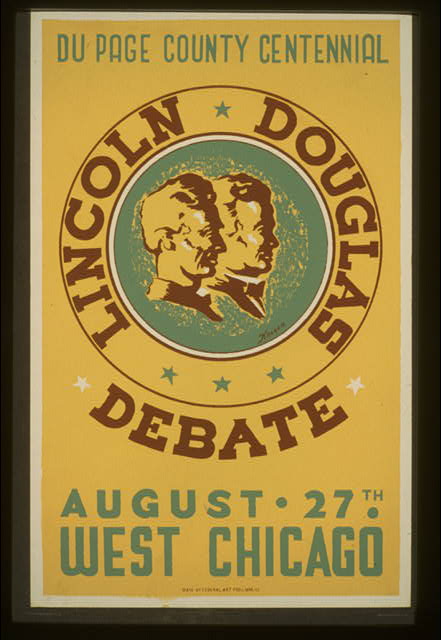 You will debate another team to the best of your ability, according to the rubric outlined in the “Evaluation” section of this webquest.

And hopefully you will win!

Check out this packet for a very complete guide to debate! Debate and Persuasive Writing

Debate Structure
There are different ways to conduct a debate.  For your first attempt, we will follow the structure outline below.  You might view alternate forms in examples you see.

Audience Questions - Each team will field questions from the audience for a period of 2 minutes per team.

1.  If you don't want to debate a point, don't bring it up.
2.  Don't get mad—get even through use of logic.
3.  Control the floor when it's your turn.  Asking an open question helps your opponent.
4.  Negative body language (like rolling the eyes) does not give the judge/audience a positive impression of you.
5.  Use formal language.  Slang or name-calling makes you seem unintelligent/unprepared.
6.  Ham it up.  Speak with passion and intensity, but not melodrama.
7.  Loud is not logic.  A quiet voice can command the most attention.
8.  Know the position of the other side as well as you know your own so you aren’t surprised.
9.  Save your best quote and strongest point for your final statement.